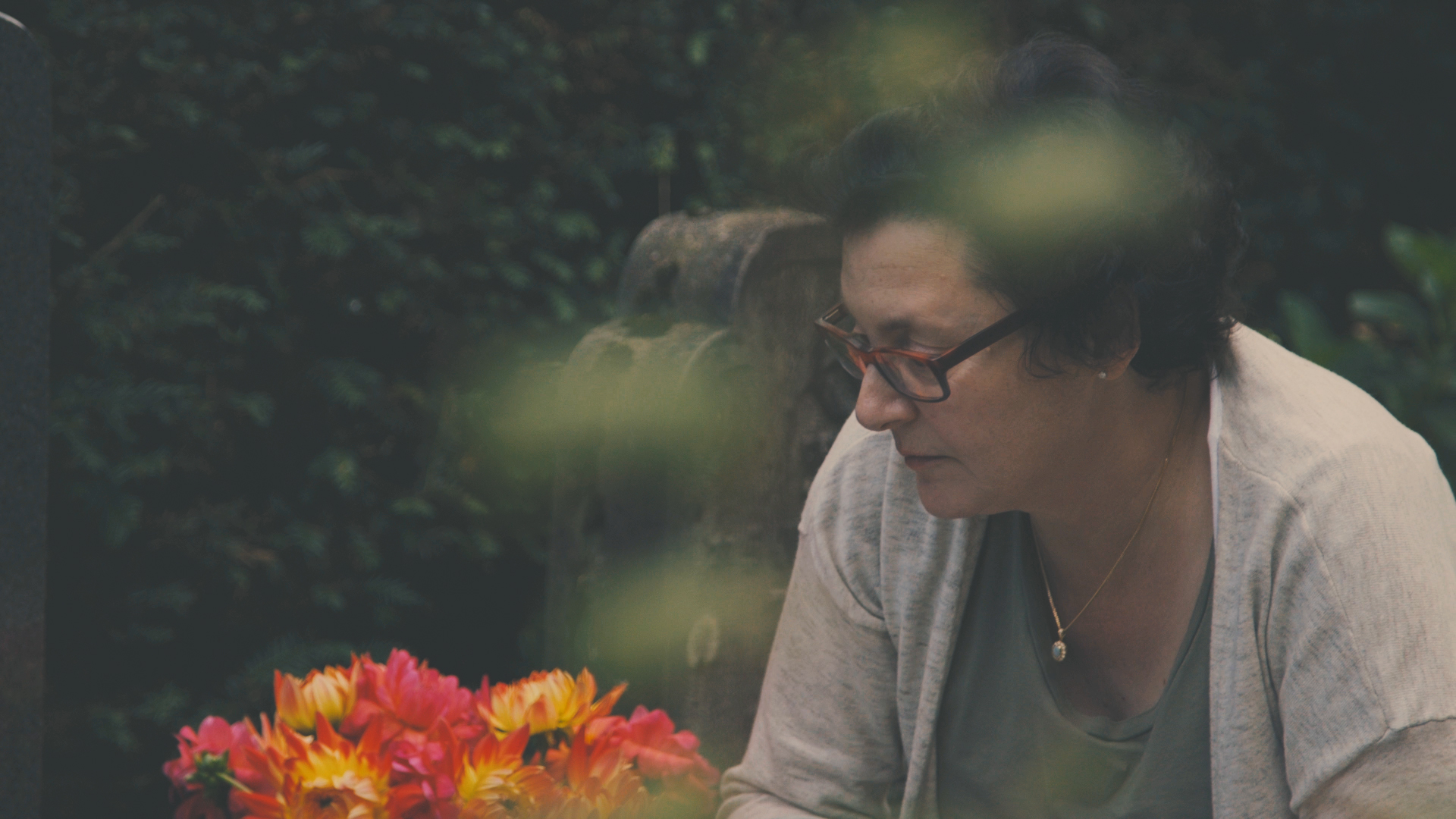 ‘Never Again Is Now’: A Remarkable ‘Making Of’ Story

I had no plans whatsoever to make a film. I am a psychologist, coaching people and organizations in conflict resolution. I am also an activist against antisemitism and all I used for that was a pen and knocking on doors. Making a film about antisemitism just happened to me in a curious way.

In December 2014, my mother passed away. In the following days, when we started to clear out her home, a letter fell out of a book that we lifted from one of her bookshelves.  It was a letter she had written on May 29, 1945, six weeks after her liberation from the Nazi concentration camps. It was her first letter to her fiancée, later my father, who she had not heard of for three years, and who, as she had just learned, had made it through the war in hiding. Part of the letter read as a love letter. And part of it described in detail how she was liberated on April 13, 1945, just hours before the Nazi’s would have murdered her and her family, by the 9th American Army.

Every year on April 13 my mother celebrated her liberation with us and we gave thanks to the Americans. She told us the story, but not in such detail as she had written in her letter. I made a copy and took it with me when I went back home to America. Two weeks later my partner and I moved to Ohio. We didn’t know anybody there, except one man, who I knew from a seminar in the past. I invited him for dinner. When he asked me how my mother had survived the Holocaust (something Europeans are seldomly interested in, but Americans often are), I told him about her American liberators and read him the letter. He was very moved by it and asked if he could tell a film team about it, that he knew.

A few weeks after that I got a phone call from The Blaze documentary team. They were planning to make a documentary about antisemitism in Europe. They didn’t want to use only facts and statistics. They wanted to use a personal story as well. When they read my mother’s letter and listened to my experiences with resurging antisemitism in Europe they decided this was the story they wanted to use.

The film team found a 97 years old veteran of the 30th Infantry Division of the 9th American Army who had liberated the train my Mom was in on April 13, 1945, 10 kilometers before reaching its deadly end point. His name was Frank Towers. On April 15, 2015, 70 years after my Mom’s liberation, they flew me out to meet him at the last veteran reunion of his division. To thank him in person for saving my family was truly one of the most emotional moments in my life. You can see it in the film. Without Frank Towers and his fellow soldiers my mother would not have reunited with my father. They would not have been happily married for 70 years… My grandparents, aunt and uncle would not have survived… I wouldn’t have been born… This was the first year I couldn’t celebrate ‘April 13’ with my mother anymore, which was hard, but I could celebrate it with her American liberators.

The documentary team followed me throughout 2015. We went to Amsterdam where I interviewed Jews about their experiences with recent antisemitism and I interviewed experts and thought leaders on the topic. I heard so many painful stories. After the film was edited in November 2015 it aired on The Blaze TV and we had sixty screenings throughout the United States since then. We had screenings at Jewish film festivals, temples, churches, country clubs and high schools. And one screening in Copenhagen, Denmark, at the Jewish community that had experienced a deadly terrorist attack in 2015. The reaction was always the same: when the lights switched on after the film, I would hear a loud applause and see many people with tears in their eyes. At Q&A, people were ready to discuss this sensitive topic of rising antisemitism, where it comes from and how we can stop it. People had different points of view about this. Yet, I always managed to make it an open discussion and keep it respectful to everybody in the room and without hate towards any group or leader in society. These discussions were not only respectful, but also enriching because we could hear each other’s different views.

I realized I have a mission: to raise awareness at grassroots level about rising antisemitism and facilitate civilized discourse focused on finding solutions. Antisemitism deserves the best ideas from all of us. Throughout human history we have seen it rear its ugly head in different societies and, even after the Holocaust, no one has found the answer to it yet.

In 2017 I acquired the rights to the documentary. In 2018 I had to update the film with a new development: the rising antisemitism now in the US. This is a dangerous development, not only for the world’s largest Jewish community in the diaspora, but also for the future existence of the State of Israel. In 2019 the film is more relevant than ever.

It is the letter my mother wrote six weeks after her liberation from the concentration camps and fell into my hands only 70 years later, right after she passed away, at the time when antisemitism was returning, that triggered this documentary. The producers enabled me to tell her and my story. They helped me to find my voice and warn the world: back in the 1930’s we could have stopped the evil threat, but we didn’t. Now we need to stop the evil, while we still can.

That’s why ‘Never Again Is Now’!

I encourage you to watch the movie on Amazon and to meet me back here online to discuss what it all means and what we should do about it.