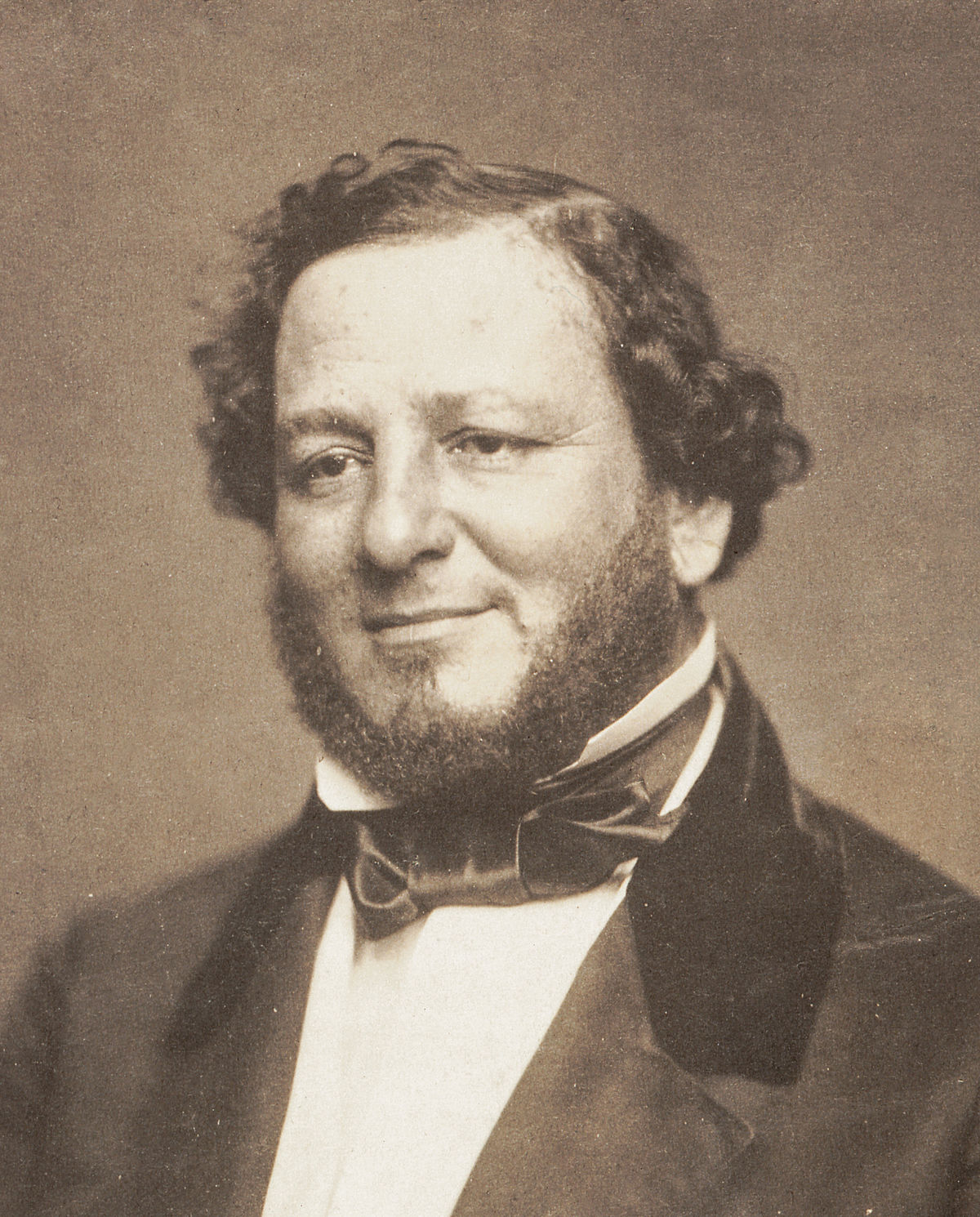 Some years ago, I took a call from a Jewish gentleman in Birmingham, Alabama.  In his very strong southern accent, he told me he was involved with the Republican Jewish Coalition there and he was requesting some information on our work in fighting antisemitism.  He noted my surprise. I received a lot of calls for information of this type, but seldom from an RJC member in Birmingham, Alabama.

This gentleman went on to tell me a bit of his story. His family had been in the South since well before the Civil War; in fact his family roots in America went back almost 400 years, nearly as old as Plymouth Rock and Jamestown.  As a lover of history, I was a little embarrassed by my surprise at his family history, but more so, fascinated.  I knew that Jews were part of our history since the early 17th Century, but my knowledge was scant.  I obviously needed to study American history to a much greater extent.

I was reminded of this conversation recently when I read a review in the Wall Street Journal of a new biography written about Judah Benjamin by James Traub. Benjamin is a fascinating figure whose multi-layered story brings the complex history of the Jewish people in America into view.

The Jewish historical narrative in America has, for the most part, been written and shaped by the great wave of Jewish immigrants that arrived in our nation around the turn of the 20th Century.  That this wave has had a huge impact on American life and culture is undeniable. But it is not the entire history of Jews in America—far from it.  Jews arrived on the heels of the earliest American settlers, primarily making their homes in Charleston, South Carolina which was a religiously tolerant city, welcoming various Protestant sects, Catholics, and Jews alike.  Today that seems common enough, but it certainly wasn’t in the 1600’s, especially in the Massachusetts Bay Colony where even many Protestants were not welcome, much less Catholics and Jews.

The Jews that settled in the South were primarily Sephardic, with roots going back to Spain and the Mediterranean area.  They assimilated and became part of Southern society; some became landowners or became prosperous enough to own slaves.  We can indict Jews for this sin as we can indict anyone and everyone who also owned slaves, , but it was part of American society at that time.

Out of this culture, rose a singular man: Judah Benjamin.  His family were English and resided in the West Indies.  They immigrated to South Carolina when he was still a child.  He was a brilliant student and was accepted to Yale at the age of 14, although he didn’t graduate. Instead he left Yale early due to some controversy, and settled in New Orleans where he was to make his mark as a man.  A self-taught lawyer, he rose to great heights and became very wealthy.  He founded the Illinois Central Railroad, served in the Louisiana legislature, and eventually was appointed to the U.S. Senate representing Louisiana.

During the Civil War, Benjamin supported the Confederacy. He served in Jefferson Davis’ cabinet, first as Attorney General, later as Secretary of War, and then as Secretary of State.  After the assassination of Abraham Lincoln, many in the North accused Benjamin of being behind the plot.  After all, he was the “brains of the Confederacy” and subject to scurrilous attacks from the North. Here antisemitism truly reared its ugly head.  Trailed by these rumors, Benjamin would later escape to London where he made a fresh start, becoming a highly successful barrister and author until his death in the 1880’s.

Despite this impressive personal history, many historians over the years have reviled Judah Benjamin.  Why?  Partly because he was a slave owner, but first and foremost because he was a Confederate.

Writer Diane Cole who reviewed James Traub’s new book about Benjamin for the Wall Street Journal is no exception—and she finds a unique reason to discredit this American statesman. Cole finds Benjamin unworthy of admiration because as a Jew, he owned slaves. She claims it is a mark of hypocrisy for any Jew to defend slavery since the Jewish people themselves escaped slavery when Moses led them out of Egypt. Additionally, she argues that  possessing slaves doesn’t “jibe” with her understanding of Jewish tradition.

Cole’s criticisms reveal a gross misunderstanding of Jewish history and amount to a crude slander against Benjamin or any Jewish Southerner.  You can certainly condemn someone for owning slaves, but to single out Jews is borderline antisemitic.

In the ancient world, everyone owned slaves: Romans, Greeks, Persians, and yes, Jews.  Slavery was as common to the ancient world as people waking up and going to work is today.  We may not like it, we may find it morally repugnant, but it is fact, and it was a part of those societies and continued for thousands of years, into the modern era.

Moses led the Jews out of bondage; he didn’t lead every slave in the world to freedom.  That Moses and Jewish tradition were to eventually set an example for all people in all times is very true.  But that was not what the Exodus was about when it occurred.  The Torah does not call slavery an evil; in fact it instructs one on how to treat someone held in servitude.  It provides a more humane template for slavery than many other ancient societies, but it is hardly an Abolitionist tract.  This is not to condemn anyone, certainly not  these ancient Jewish texts written thousands of years ago.  The Torah planted the seeds in Jewish tradition that would ultimately engender  the call for all people to be free.  But meanwhile, Jews, like everyone else on earth, lived in their own historical time and culture, one in which slavery was ubiquitous.

The Jews in the South lived as other Americans lived in the South in that time, warts and all.  Leaving aside their possession of slaves, the fact that Jews had assimilated into American society at the level that they did is a testament to the American tradition, even if some of that tradition is stained.  Consider by contrast the lives of Jews in the Empire of Russia in the mid 1800’s, faced with the constant threat of pogroms and death by sweeping Cossack hordes. The ability of Jews like Benjamin to gain wealth and prominence in the American South was a striking achievement.

For reviewer Diane Cole, Benjamin’s assimilation into Southern society and particularly his leadership in the Confederacy is also an unforgivable sin. She slams Benjamin for his “appalling political loyalties,” but again fails to consider his actions in light of their historical context.  Consider an issue that applies to not just Benjamin but any office holder, military officer or frankly anyone who served in the Confederacy: why do we fight in wars in the first place?  One reason, at least at that time, was that we fought to defend our homes, our families and loved ones, our land and our community.

Prior to the Civil War, one’s loyalty to their home State was often paramount and superseded one’s loyalty to the United State as a country.  We may not like that, may find that ridiculous or even treasonous, but we aren’t living in the mid 1800’s.  General Robert E. Lee, much to the derision of many today, conservatives and liberals alike, turned President Lincoln down when he was made the offer to command the Union army.  But Lee could never consider leading an army to march on his home, his family, and his home State.  Is that really so difficult to understand?  Were these men supposed to turn their backs on their homes and loved ones?

Another slander thrown at Judah Benjamin is the claim that he tried to hide his Jewishness. Critics note that he married a Christian woman from New Orleans and was not overly religious; many have criticized him because he didn’t keep the Sabbath and he apparently ate pork.  While Benjamin may not have been overtly religious, the charge that he attempted to hide his Jewish heritage is absurd.  He didn’t change his name to John Smith, and he never tried to deny his heritage.  Benjamin was not the first U.S. Senator of Jewish heritage to serve in the Senate. David Levy Yulee of Florida was, but Levy Yulee had converted to Christianity, an important note, because Judah Benjamin never converted.

The perception of the South today is one where Jim Crow, the KKK, cross burnings, and Jew Hatred feature prominently in the public imagination.  For many decades that perception was of course based on a reality, at least for segments of the South.  But that perception was born out of the late 19th and early 20th Century. The South can also claim a tradition of religious tolerance dating back to before the Civil War that allowed a man such as Judah Benjamin to thrive. Indeed, the members of the “Lost Cause” in the South have not so much turned their backs on Judah Benjamin, as they have simply ignored him.

Pre-Civil war South was very different and history, as anyone who studies it knows, is very complicated.  Antisemitism has always existed and certainly existed in America throughout its history.  One could also argue that prior to the Civil War, antisemitism was more pronounced in the North then in the South.  Diane Cole in her review gets this right, at least somewhat, when she cites General Ulysses S. Grant’s infamous General Order No. 11, issued in 1862, to expel all Jews from his military district.  This order came after there was a supply problem and Grant blamed the merchant Jews who were supposedly in charge of all the trade in that area.

Despite whatever intolerance that existed in that time, consider this: Benjamin was, not once, but twice nominated to the U.S. Supreme Court, by Presidents Fillmore and Pearce in the 1850’s.  This occurred over 60 years before Louis Brandies would be sworn as the first Jewish Supreme Court Justice in 1916.  He would turn these appointments down to keep his position in the U.S. Senate, but that is the level of respect that Benjamin garnered at that time, not just in the South but nationwide.  Pearce and Fillmore were both Northerners.  Judah Benjamin’s success is a testament to America, and our ideals.  That a Jewish man could rise to these heights of power is something to be admired and celebrated.  There are not many other examples from that time where Jews were able to advance to such heights of power.  Remember, that even Benjamin Disraeli, the brilliant 19th Century Prime Minister of the United Kingdom of Jewish heritage, had converted to Christianity early in his political career.  As one could say, only in America.

Studying Judah Benjamin opens one’s mind to the full complexity of the American Jewish experience, both in the 19th Century when Benjamin lived and thrived and going all the way back to the colonization of America.  His is a quintessentially American story, one in which all Americans, and especially American Jews, should take pride.

Michael Finch has spent his life working in the nonprofit field attempting to preserve America’s freedom and liberties. He has been published widely in a number of journals and is a frequent speaker. He is the author of two books of poetry: Finding Home (2015) and Wanderings in Place (2019).