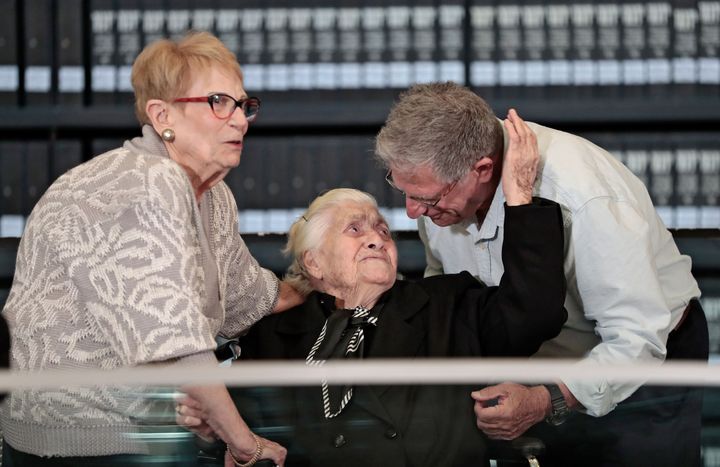 A 92-year-old Greek woman was reunited in Jerusalem with members of the Jewish family she helped save during the Holocaust, in what organizers said could be the very last meeting of its kind.

More than 75 years ago, Melpomeni Dina and her two older sisters risked their own safety to offer shelter to the Mordechai family, a Jewish family of seven from Veria, Greece. The Mordechais lived in Dina’s home until their location was compromised and they were forced to find refuge elsewhere.

The Jewish family resettled in Israel after the end of World War II. The two surviving siblings brought their children and grandchildren to meet Dina on Sunday for the first time ― about 40 members in total, according to The Jerusalem Post.

Sarah Yanai, the oldest child in the family, reflected on the enormous risk Dina took as a teenager.

“We are now a very large and happy family and it is all thanks to them saving us,” Yanai, now 86, told The Associated Press.