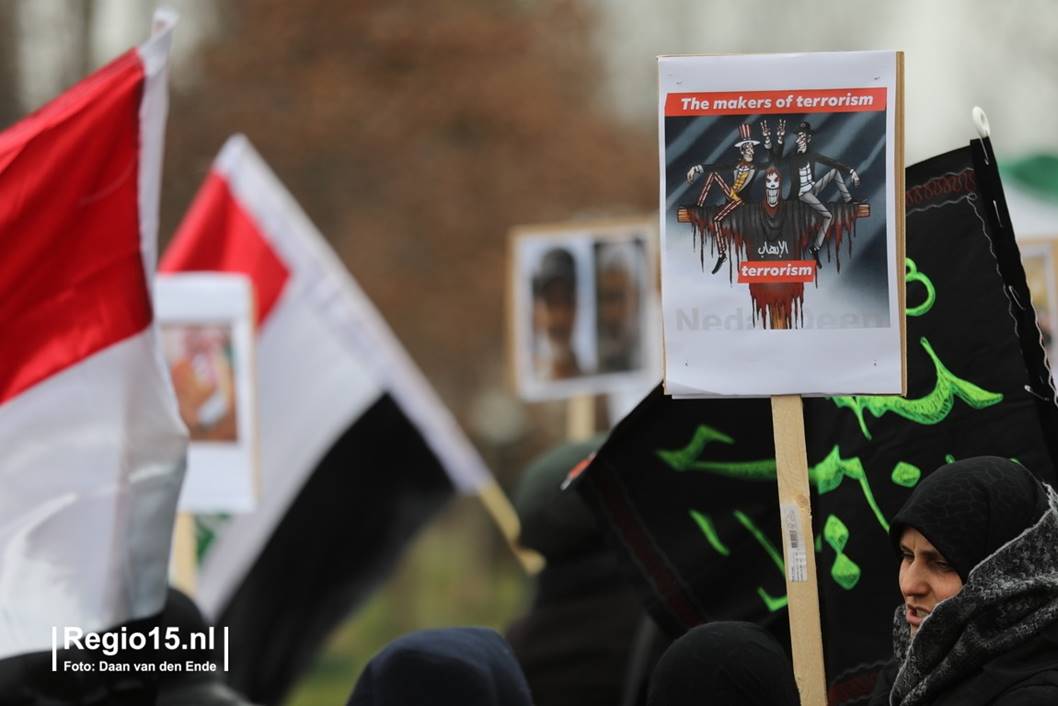 AMSTERDAM (JTA) — Participants at a protest rally in the Netherlands against the US killing of Iranian general Qassem Soleimani waved anti-Semitic posters, a local watchdog group told police.

At the demonstration Tuesday in front of the American Embassy in Wassenaar near the Hague, two women were photographed holding up a poster titled “the makers of terrorism,” which featured a caricature of two men, one wearing an American flag and another dressed as an ultra-Orthodox Jew, standing on the shoulders of a scarecrow labeled “terrorism.”