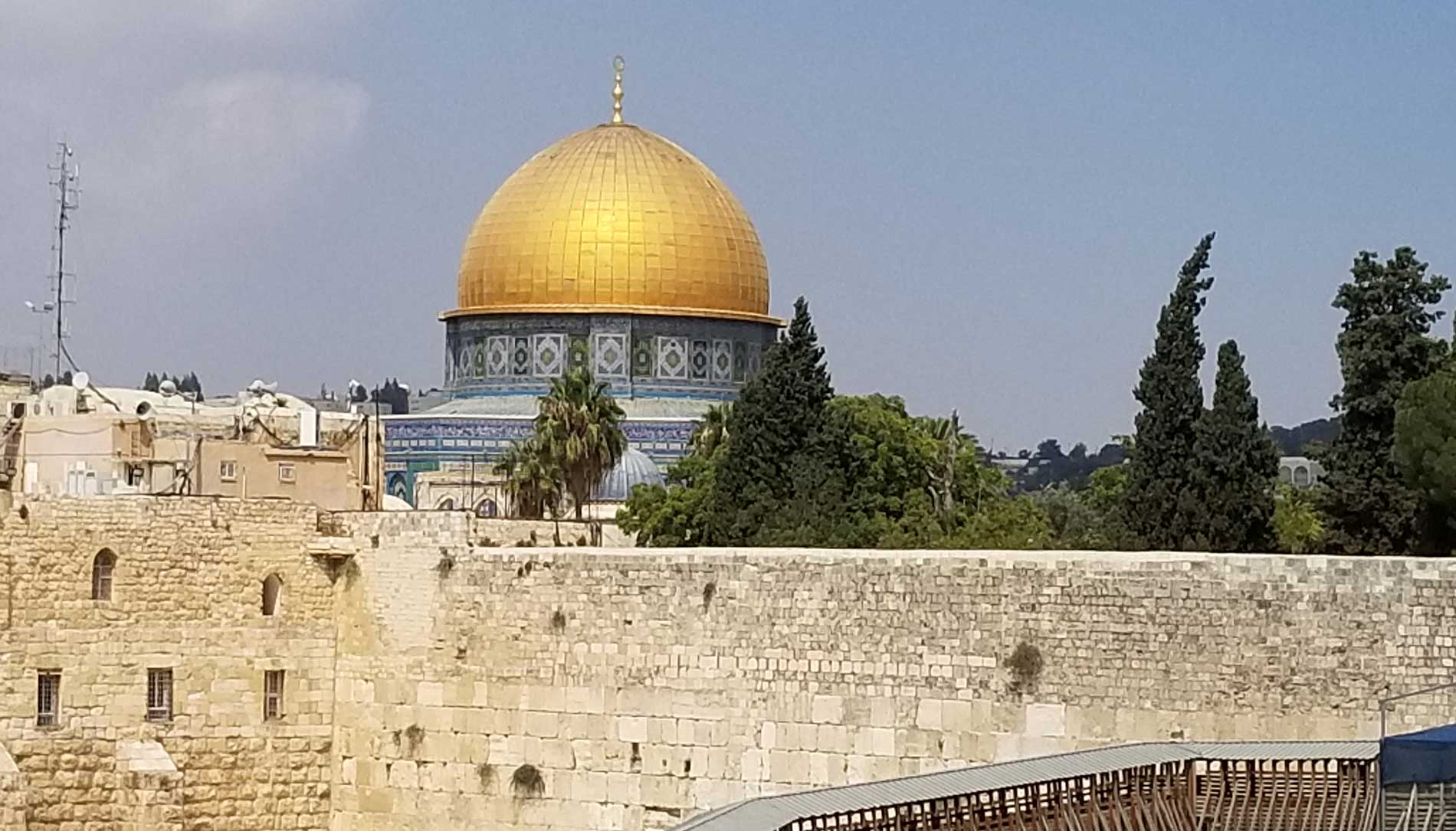 A Day in Jerusalem

This week I am on vacation in Israel. A long-time Israeli friend took me to Jerusalem yesterday and gave me a fantastic tour there. He grew up in that city. He showed me his house and the neighborhood where his family had lived for seven generations. They were Jews from Greece who escaped antisemitism and settled in Jerusalem in the 1800’s.

We visited the Jewish, Christian and Muslim Quarters of the Old City. I touched the Western Wall of the former Jewish Temple, and saw the Holy Sepulchre of Jesus, and the dome of the Al Aqsa Mosque, all at walking distance from each other. I truly felt being at the heart of my own and all Western and Middle Eastern spirituality. My friend had me taste the freshest bagels, hand-made hummus, brightly colored baklava and fragrant cardamom coffee at small café’s and pastry shops at the bazaar. Often, he would know the owners from before and chat with them in Hebrew or Arabic, which he speaks fluently.

In the dense Old City of Jerusalem you do not only travel through different cultures and religions, you also travel through time. There are plenty of buildings and ruins from the ancient time of King David to the Roman Empire and the Ottomans and the Jordanians and British. My friend took me to an excavation of a wall of the city during the period of the First Temple (1200-586 B.C.E.). Various artifacts from that period were found there as well, that bear Hebrew inscriptions.

Three steps away from that excavation we passed a group of Palestinian school kids who were listening to their teacher. He was pointing at a mosaic and was explaining them something in Arabic. My friend stopped and listened and said to me: “do you know what the teacher is telling his students?”. I shrugged my shoulders. “I just heard him tell them the Prophet Mohammed built Jerusalem, that later the Christians came, and only between the Holocaust and 1948 Jews came to live here and occupied everything”. I was astonished. How could he teach that to his students just three steps away from archeological evidence that proofs the Jews built a city here more than 1000 years before Mohammed was born (571 AD)? Around the corner of the Church of the Holy Sepulchre that was construed 200 years before he was born (in the 4th Century AD)? This teacher was not doing his job to teach his students logical thinking and historical knowledge. Instead, he was abusing his students by feeding them false, political, supremacist, antisemitic propaganda. His narrative delegitimizes the State of Israel and Jerusalem as its capital, degrades the status of Christianity in the Holy City and demonizes Jews as thieves.

Unfortunately, rewriting of history is often used in the debate about Israel and the Palestinians. It is important we check the facts before we believe them.